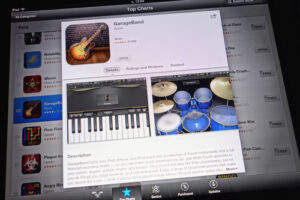 School music programs can include more than instrumental instruction or theory lessons. To expand a program’s utility, teachers can include experiences with music production. Twenty years ago, doing this was impractical. Today, consumer-level music production tools are inexpensive and don’t require an audio engineering degree to use. A fantastic tool for introducing students to music production is Apple’s Garageband.

For those who are unfamiliar, Gargeband is a digital audio workstation. This is a software program used to record and mix music. It works like an electronic version of a small recording studio. Its interface resembles a studio mixing board, complete with adjustable tracks. The program includes a bank of prerecorded beats and samples, which can be looped into songs. A separate bank of virtual instruments is available, allowing users to turn the computer’s keyboard into an instrument. Using a microphone and a MIDI interface (more on that momentarily), users can record live instruments and mix them to a final recording. Anything recorded in Garageband easily can be transferred to iTunes or posted online.

Before continuing, please note that this article isn’t a commercial for Apple software. Nonetheless, it is tailored to schools and teachers using Macintosh computers. For those who use PCs, free digital audio workstations such as Tracktion are available for download. Others like Live 9 Lite are available to use for free without a license, although the free versions have some limitations. Recording industry standards such as Pro Tools, Ableton, and Reason can be expensive and not necessarily intuitive. Garageband happens to be installed on any Mac built since 2005 and is part of Apple’s iLife suite. Plug–ins are available for purchase, but otherwise it’s standard Mac software, making it convenient in schools already using Macs. The program is relatively easy to use and has enough in common with its more expensive counterparts to serve as a worthwhile introduction to music production.

Many students will know Garageband before a teacher introduces it. A version of Garageband is available for iPads and iPhones. This version is more limited and has a different interface than what is installed on desktops and laptops. Young Mac users with an affinity for music might know the iLife version of Garageband quite well by the upper elementary grades, but others will have never even opened it. A teacher introducing the software to an entire class might be able to exploit those differences in experience by having experts work with novices or by giving seasoned users more advanced projects.

Novice students can learn the basics of music production by experimenting with just a few features of the program. They can get a grasp of how arranging a song by individual tracks works. They can build songs using prerecorded beats and samples. They can learn looping, which is the essence of how most electronic music is made. From these basic skills, they can move to composing using the virtual software instruments. As they learn how to use the program’s controls, they can learn the art of mixing by adjusting the levels of individual tracks along with the levels of a whole piece.

What students do with Garageband will vary per their strengths and interests. Some will use the basic features of the program to compose original music to enhance videos (the program syncs easily with Apple’s entry-level video production software, iMovie). Others will create beats to underscore their poetry. A few students will want to push even further and use Garageband as a true recording studio. This will be most popular with developing musicians who might want to record their performances using something more effective than a webcam.

Teachers can greatly enhance Garageband’s utility with a few inexpensive investments. The most basic upgrade would be to buy simple microphones for capturing live sound. USB-powered microphones are the cheapest, but are easy to use and still offer an improvement over the built-in microphone on a desktop or laptop. A small MIDI interface will further extend Garageband’s range, allowing users to connect keyboards or drum machines to the computer to run through the program. With these hardware upgrades, students can take the step from a virtual studio to an actual studio. They can transfer the skills they learn to their own home recording or possibly parlay them into a professional pursuit in audio engineering.

Garageband isn’t a new program, but it’s part of a wave of tools that has upended the recording industry. A well-rounded school music program should include exposure to or direct instruction in using these tools. Students who aspire to be dedicated musicians should have some familiarity with digital audio workstations. Starting with Garageband is sensible and simple. By unlocking some of the program’s features for students, teachers can expand their students’ musical experience exponentially.

The Virtues of Decision-Making 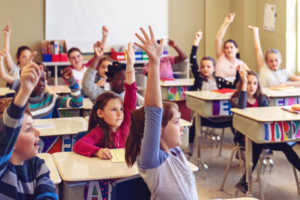 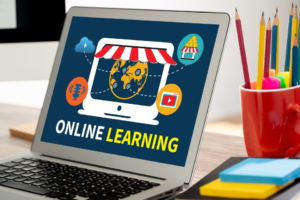 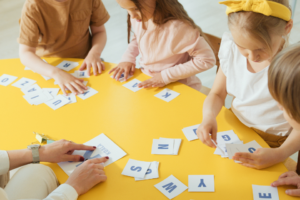