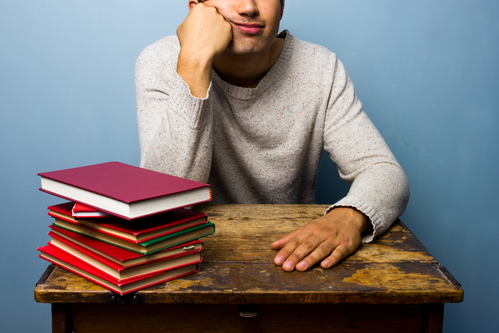 Everyone faces the ‘I’ll do it tomorrow’ syndrome. However, only very few of us are able to beat and get things done when they’re supposed to. The human brain is factory programmed to consider near term rewards more desirable than benefits in the future.

When faced with the choice of exercising now or watching another episode of your favorite sitcom, your brain tricks you into actually viewing it as a choice between an amorphous future benefit or a concrete immediate gratification. It is a shame more people do not realize you can do both. You can exercise at the same time you watch that show. That is why we invented the treadmill, bicycle machine, and/or the elliptical machine. But not everyone has a machine like that where they live for a variety of reasons.

Thankfully, it’s possible to rewire the brain to keep procrastinating at bay. Before it puts your life off the track, rise up and embrace these science backed psychological tricks to beat procrastination. Think of it as something that is trying to hold you back since it is. If you think of it as something that is not out for your best interests, you may be able to defeat it easier.

Think of it as being White Goodman from Dodgeball. That is not an appealing character. Think of the internal joy that you can feel on a regular basis of beating procrastination if it took on a character such as that!

Get Yourself a Partner to Hold You Accountable
Sharing your goals with a colleague, your boss, your spouse, or your highly respected friends is the smartest thing you’ll do today. This pseudo social pressure is constructive, unlike the suffocating peer pressure you faced back in the times of your school days. When you do this you are putting some more pressure on yourself since you know if you do not come through other people will know about it which is damaging to the psyche. If you want to impress other people and they know your objectives, you will work that much harder to get things done and not procrastinate.

These types of habits should start early. You want to begin to control the ugly duckling of procrastination as a child in school. If you learn to dominate this part of your being you can be more successful in school and therefore later on in life.

Communicating a clear turnaround time for your assignments, projects, job deliverables, personal goals, study targets, etc. with a mentor, tutor, or colleagues significantly improves the chances of you actually doing so. This voluntary commitment tricks the human brain into feeling obligated to complete the task at hand in time.

Particularly when you deal with important targets such as competitive examination preparation, a piano recital, preparatory course, or your major assessment projects, look to harness the experience and expertise of the mentor, even another student who can be a friend, or a colleague to whom you declare your turnaround time.

Who says a third grader cannot learn to compete with procrastination. Even third graders do not like White Goodman! Yes, this may take some parental support but since good parents know about their children’s assignments they can help their child or children focus on getting these assignments done and not putting them off until the night before they are due.

For one, do not allow them to play video games or watch TV until their work is done and/or they have made some progress in completing a large project such a state report, country report, state float, and so on.

Break the entire task into micro steps, to the extent that the first step acquires a ridiculously small proportion. With a micro step to perform to actually get things started, you force your brain to acknowledge that the cost of effort is barely anything at all!

So, if you’ve been putting off your guitar practice for tomorrow, tell your brain you just need to pick it up and play the easiest notes you know, for 5 minutes. You do this micro step, and you’ll see your brain won’t interfere when the 5 minutes are past!

State the Hidden Factors Causing Procrastination
If you’ve been hiding away from practicing an elective foreign language as part of your academic curriculum, sit down with a piece of paper and write as to why it’s so. Probably you just think it’s too tough because you know another student who finds it tough. It could be the accent that’s giving you trouble, and it could help to take up a phonetics lecture or two if you have the time but you can find this stuff for free online though this is another topic.

Probably you need a refresher on the basics of the language and the rules of grammar. Once you hit upon the core factor that is making a task disagreeable to you, your target becomes a lot clearer, because now you can realign your actions to get rid of the roadblock first.

Do a little at a time, trying not to complete everything at once. This is another concept that all parents should help their children with. This is why so many students wait until the final weekend or evening prior to pound out a large assignment because they are looking at the assignment in its entirety rather than realizing that if they do a little at a time they can be done with this project in time and not have it defeat them.

Don’t let White Goodman win. Beat him a little bit every day and finish that project without pushing it off until it is too late since then you will have a serious problem on your hands. You will then know what stress is all about!

Overcome Uncertainty Linked Procrastination with Marine Corps Rule
Write down the US Marine Corps Rule somewhere where you’ll see it multiple times a day, until the time your brain ingrains it. The rule – As long as you have 70% of the necessary information, 70% of the required resources, and 70% confidence of success, you’re ready to start the project. This rule is the best help you can ask for if the source of all your procrastination is linked in your perceived lack of readiness to start something.

And who doesn’t have 70%? That is not asking too much is it?

Final Thoughts
Acknowledge this: all procrastination is linked to your brain, and that’s precisely where the solution lies. Use these brain tricks to get things done in time, and do better in your life.

Contact us today to learn more about how our tutors and Academic Coaches can help your child with procrastination!

Benjamin Roussey is from Sacramento, CA. He has two master’s degrees and served four years in the US Navy. His bachelor’s degree is from CSUS (1999) where he was on a baseball pitching scholarship. He has an MBA in Global Management from the Univ. of Phoenix (2006). He has worked everywhere from small businesses to large corporations, and also for public agencies. He has lived in South Korea and Saudi Arabia where he was an ESL instructor. Benjamin has a tremendous work ethic and is quite focused. Now he writes professionally for several clients that cover one sector of our economy to another. Currently he lives in the Phoenix area. He enjoys sports, movies, reading, and current events when he is not working online.

How Studying Mathematics and Science Rewires Your Brain in Amazing Ways

The Rest is History: Careers for History Majors 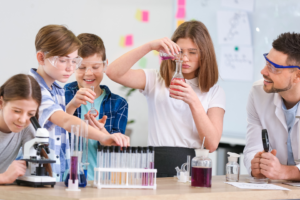 Qualities That Make an Excellent Teacher 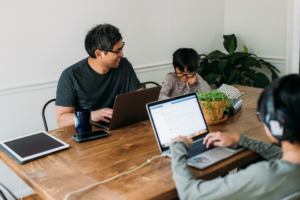 Why Homeschooling Could Be the Way of the Future 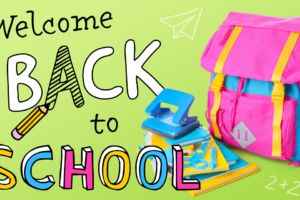 Back to School! Preparing For a Successful School Year 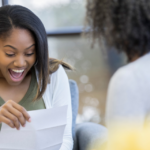 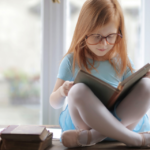 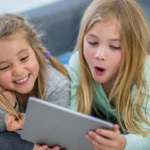